So, if you haven’t read all my posts about The Doctor… you should.

I’ve attended two Christmas parties with the doctor and is entourage of office employees. We would go to a mediocre restaurant in the small town of Cookeville. The couple of doctors in the practice would pretend to argue of who “wanted” to pay. Then, we would go out to some lame (again mediocre) bar. There isn’t much in Cookeville, Tennessee. I really believe this plays into how successful The Doctor always perceived himself as. If he had ever attempted to be a specialist or a doctor in a big city, he would have failed miserably. Instead, he surrounded himself in a community where he thought everyone was beneath him. Lesser. Their standards of living are lower in Cookeville. The cost of living is less. It’s not a large city, it’s not know for prominent schools or successful businesses. It really one of those towns you either never leave, or live your whole childhood anticipating leaving as soon as possible. You either get out or never get out. “Born and raised” type.

Imagine this outing now, myself 30 or 32 and the doctor 54 himself. He also was an aged 54. We were surrounded by 22-32 year old women nurses, receptionists, billing personnel and so forth. I was, for the most part, surrounded by peers. 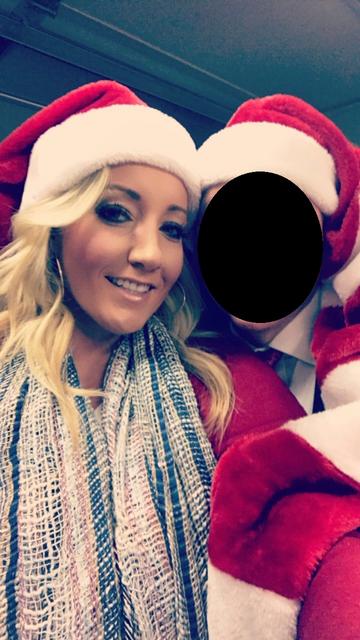 I would get asked questions about who I really was to the doctor. Where did I come from? I wasn’t his girlfriend. I was obviously a lot younger, and I am easy on the eyes. Me and The Doctor had no public displays of affection. That was my rule. I was his sugar baby, he was my sugar daddy. Don’t cross the lines, respect the boundaries.

I used the office credit card he gave me, in my name, and would by a fancy dress, over priced shoes and have my hair done.

The first Christmas party I went to, I convinced the doctor to let me stay out with the girls. It didn’t take a lot of convincing. He didn’t have reigns on me. But I convinced him it was a good idea to leave me at a club, in a town I didn’t live in, drinking, after midnight. He went home to his house in Cookeville. It wasn’t shortly after, most of the girls I had been drinking with from his office dwindled home too. I was there alone.

I remember telling myself I wasn’t ending the night with an Uber ride home and no story. I wasn’t throwing that night of freedom away. I was getting fucked. 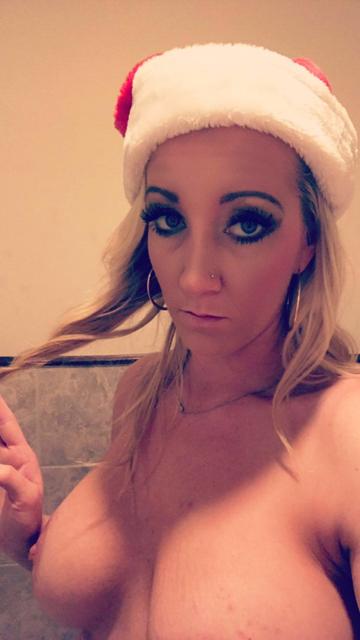 There were plenty of men there that would have and probably wanted to fuck me. Let’s be real.

I remember a man sitting alone outside, on one of the wooden picnic tables as a shitty live band played some song I didn’t know. I approached him. I sat next to him on the bench. I introduced myself, he did the same. His name was Oscar. He was socially awkward but this didn’t deter me, this made it so much more interesting. This is how I operate.

I asked him straight out, “do you want to take me home and fuck me?”

I think he has a heart attack. Not really, but the social awkwardness was even more apparent. I can’t remember exactly how the conversation went, but I ended up in Oscar’s car heading to him and his roommates house. What had I gotten myself into. Lol…

I had no idea what I was in store with, but here it goes.

You see, Oscar loved feet. He only wanted my feet. He didn’t want me to clean them, he didn’t want them in any other way then the way they were from the heels I was wearing all night. He took me to his college like bedroom in the home he shared with a roommate. I do remember we needed to be “quiet”. I felt young. It took me back to years before when I had been in situations such as this. Fraternity houses, with boys that lived at home with their parents, roommates, etc. It was cute.

He asked if he could kiss my feet. Now I had been with men who enjoyed feet before, but nothing like Oscar. I giggled a little and told him I should wash them or something along those lines.

I knew then, where this was headed.

Oscar removed my stilettos first, laying me back on the bed. He lifted my feet to his face and rubbed them against his cheek, breathing them in, kissing the outsides of my stockings. He was in a state of euphoria. I thought it was amazing.

Seeing someone in their sexual glory. Especially when it is more of a taboo niche. I realize there are many niches that some would consider taboo, but I also realize how many prude cunts there are in the world. The women that would laugh at you for wanting to make love to their feet or outright refuse you to touch them sexually. I am not one of them.

He removed my stockings, slipping them down my thighs. He had one thing on his mind, and that was my feet. He kissed down my thighs, my calves and onto my feet. He took each toe into his mouth individually, or multiple at the same time. He licked the bottom of my feet, burying his face under my toes as he did so. I kept myself together as I have to admit, it was a bit ticklish at times.

I loved seeing this man embrace what made him happy; and he was doing with me.

He removed his pants, and of course stood before me with a raging hard on. He stood at the end of the bed and asked that I caress his cock with my feet. I did so, and loved it. He gripped my feet and rubbed his dick in between the soles of them gently. I was jerking his dick with my feet.

He proceeded to sit in between my legs, wrapping my legs around him with his back to me. My feet were now on both sides of my dick, and he used them to stroke his dick.

He was fucking my feet.

I moaned for him, I encouraged it. I told him I wanted more. And I did. I genuinely did. I felt what I was doing was something that he may never be able to experience again, that made me excited and grateful.

There weren’t a lot of words exchanged. He got up, I got up. I dressed… or put my stockings and shoes back on rather. I do think if I remember, he gave me a towel for my feet, but I don’t know for sure.

He asked if I wanted to stay the night, but I had already made it clear I needed to be back to the home of the “friend” I was staying with. So it was simply a rhetorical question on his behalf.

It was approximately 4:00am at this time. I didn’t even bother to try and hide anything from The Doctor. He didn’t have control of me, as I have stated before. Oscar drove me to The Doctors home and dropped me off. I slipped into The Doctors house, with the house key I had. I disrobed from my pea coat, dress and stocking. I got into the bed with the doctor carefully as not to disturb him too much.

The next day I didn’t roll out of bed until 11:00am or so. The Doctor made his signature over cooked eggs, burnt bacon and watered down coffee. I ate it. He never asked me, even until the end of our relationship, what I did that night. He knew not to ask. He knew not to over step my boundaries.

Oscar texted me many times after that night. Eventually I blocked him. I gave him what I was willing to give him. I didn’t have any desire to ever see the man again, drive to his shared home in Cookeville, or go out in public with him. I hope he always remembers me though.

2 thoughts on “Christmas Party with The Doctor.”